I am intrigued with the ways in which we interrelate - especially when these relationships are punctuated by physical distance or separation by time. In this ongoing series of shadow drawings called String Theory, I visually nod to the complexities of interconnectedness and allude to the delicate yet strong relationships we form with one another over space and time. Much like the theory in subatomic particle physics in which tiny, vibrating, string-like objects float in space, my work visually vibrates with the use of line and shadow. In the world of physics, string theory exist in up to nine dimensions of space - plus the dimension of time. I layer multiple pieces of cut paper, visually referencing the space-time continuum. My physical manipulation of light and space in these works acts as object, image, and silhouette. When illuminated by numerous light sources and hung off the wall, these hand sewn cut paper sculptures produce a visible dance of light. Working reductively to create this dimensional lace made with paper, thread, and wax, I literally and figuratively demonstrate - that which is removed is as important as that which remains. 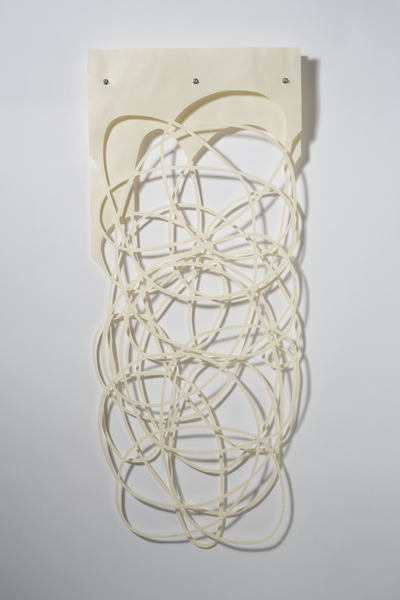 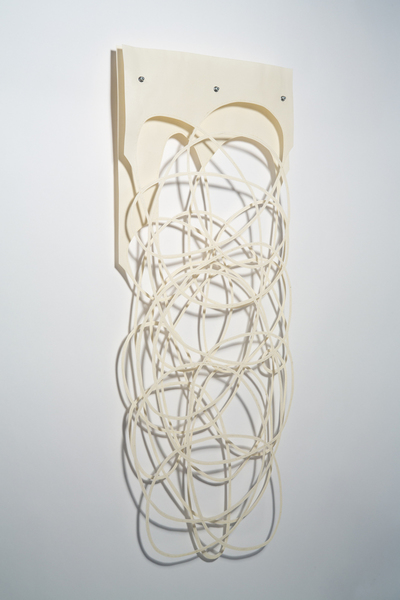 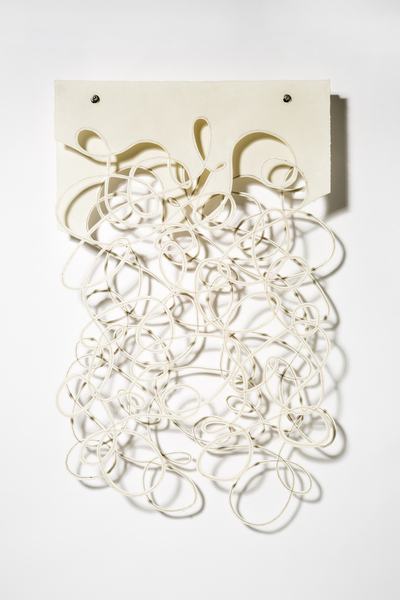 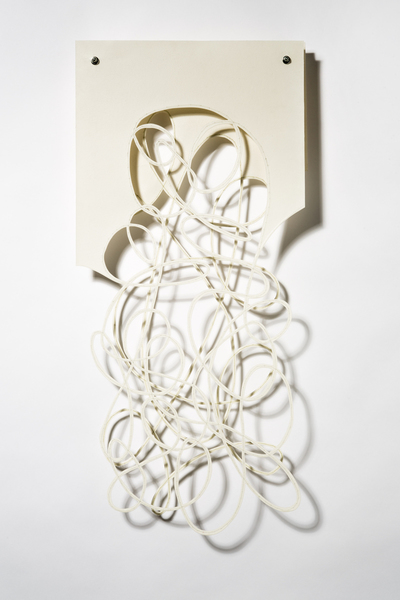 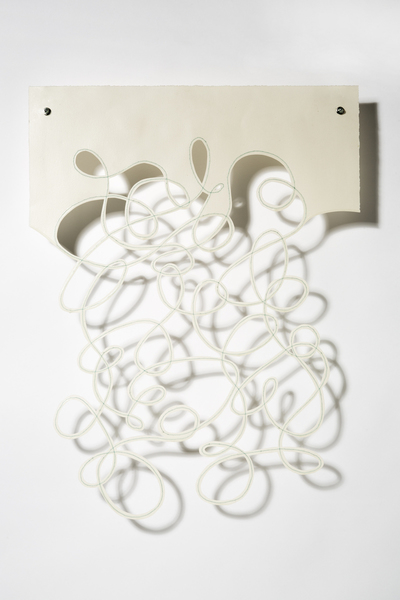 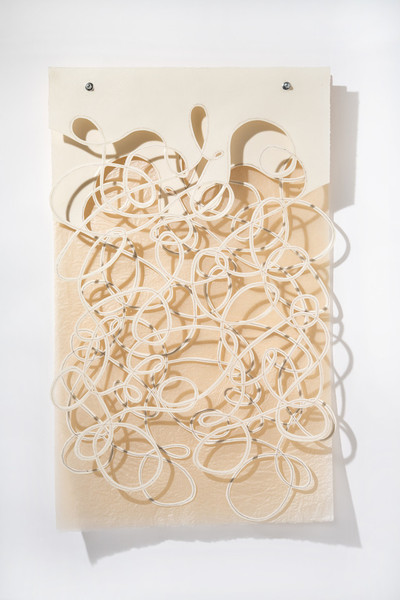